Showing posts from June, 2009
Show all

Shades of Grey and Relative Truth 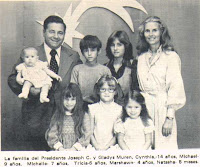 In 1978, civil war broke out in Nicaragua, just after I left the country. My Mission President went from Costa Rica to Managua to help the missionaries get out of the country.  As he was literally leaving the chapel where he had told the missionaries to gather, the Sandinistas came running in from the other door and stopped them.

Demanding to know what side of the conflict they were on, President Muren responded with the phrase, "tonos de gris," which means shades of grey.  He did not stop but kept going right out the door and was able to get that group of Elders out of the country.  Gratefully, all the missionaries eventually made it safely out.

Can a person be a member of the LDS faith and not believe some of the doctrine or accept the official story of the history?  Absolutely!  We call them social or cultural Mormons and there are countless numbers of them within the church.  Many of these kinds of members come from multi-generation pioneer LDS…
Post a Comment
Read more

There is no Middle Ground 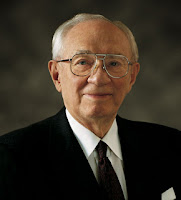 In the priesthood session of the April 2003General Conference, President Hinckley delivered a landmark address on the subject of loyalty.   In his remarks he said, “Each of us has to face the truth of the matter—either the church is true, or it is a fraud.  There is no middle ground.  It is the Church and kingdom of God or it is nothing.”

An earlier prophet, Joseph Fielding Smith wrote something similar in the Doctrines of Salvation: “Mormonism, as it is called, must stand on the story of Joseph Smith.  He was either a prophet of God, divinely called, properly appointed and commissioned, or he was one of the biggest frauds this world has ever seen.  There is no middle ground.”

There can be no gray area

Referring to the historical events of the area around Palmyra, New York, President Hinckley said: “They either happened or they did not. There can be no gray area, no middle ground.”   In a similar manner, Apostle Joseph B. Wirthlin said, “Joseph Smith must be accepted either as a proph…
Post a Comment
Read more

What They Don't Tell You About Bishopric Meetings

Except for a year off for good behavior to teach Primary, I have been participating in ward leadership meetings every Sunday morning for the past twenty-five years.  Sixteen of those years included Bishopric meetings, either as an Executive Secretary, a Ward Clerk, or a Bishop’s Counselor.  I don’t know why I’ve been so blessed but this experience has been a major part of my adult life.

Since Carol and I have lived in multiple wards and stakes over the years, I have sat in council with at least ten different bishops, sometimes as a High Council advisor.  Two of the wards have been young single adult wards.  I’ve got to tell you that there is something special about Bishops of YSA wards.  In one YSA ward, the Bishop and one counselor had both been Stake Presidents.

Love of the people

Not one of these bishops ran things exactly the same as others with whom I served.  Some were good administrators and some weren’t.  Some knew how to delegate and others had a tendency to do most of the wo…
Post a Comment
Read more

Rachel Esplin Video Continues to be a Hit

June 12, 2009
Last November, LDS Harvard undergrad Rachel Esplin made viral video news with her incredibly articulate and intelligent responses to some very difficult questions about the Mormon faith. She was asked whether she wears sacred undergarments, if Mormonism is a cult, how she views the role of women in her church, and what her relationship is with Jesus. For not having served a mission, this young 20-year old is an amazing missionary for the LDS faith.

The interview is twenty minutes long and something you may enjoy viewing as part of a Family Home Evening or perhaps even burning it to a DVD and sharing it in a Sunday School lesson about how to share the gospel in today's media savvy world. Rachel was on the debate team in her high school and her mother teaches at BYU Idaho. But still, this young woman did a better job than I ever could at responding to difficult questions with poise and confidence.

A Different Kind of Knowledge

I could have sworn that I already wrote this essay but realized after some digging that the main points were developed as part of a long dialog with my Evangelical friend in the comments section of several of my early articles.  I also thought about entitling this, “Why we say ‘I know’ and not ‘I believe’,” but I’m not sure that it fully describes what I want to cover in this post.

The main thesis for my essay can be taken from a story about tasting salt and this statement from Boyd K. Packer: “My friend, spiritually speaking, I have tasted salt. I am no more able to convey to you in words how this knowledge has come than you are to tell me what salt tastes like.”  You would have to read “The Candle of the Lord” again to get the background if you don’t recall it.

The bearing of testimonies

A huge bone of contention and point of offense with some within the church is the fact that we get up each Fast Sunday and say to each other, “I know the church is true.  I know the Book of Mormon i…
Post a Comment
Read more

Spiritual Experiences as a Foundation for Faith 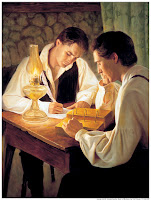 I have been intrigued by Blake Ostler’s 2007 FAIR conference presentation entitled, “Spiritual Experiences as the Basis for Belief and Commitment.”  I have read it several times and have decided that Blake is on to something that I would like to develop further.  As you can see I have modified his title a little bit for use in my essay.  I highly recommend you read his essay first.

I’m going to focus on two points he made as he was answering questions towards the end of the presentation.  The first is this: “Memory, and what we do, is changed every time we think about it and remember it.”  The second is this: “All logic is ex post facto to prove what we already feel is true.”  Keep those points in mind as I advance some ideas on my experience with revelation.

Like Blake, I had some remarkable revelatory experiences when I was young that impressed me at the time but have impressed me even more as I have pondered and remembered them over the years.  I hav…
Post a Comment
Read more 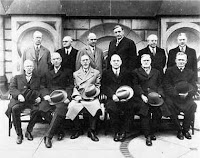 OK, you’ve completed all the prerequisite training and life experiences to prepare you for basic General Authority service.  You’ve been a missionary, a bishop, a stake president and have just returned from your latest assignment as a mission president.  You’re somewhat financially stable and are now ready for the real challenge of a call to serve in one of the Quorums of the Seventy.

You’ve been active and faithful in the church all your life and have a deep and abiding testimony of the restored gospel of Jesus Christ.  You have enjoyed success and found great joy in helping others come to a knowledge of the Lord through your missionary labors.  You’re proven to be a gifted administrator in the priesthood.  You love to study the scriptures and to teach the gospel.

The Brethren have decided that all potential General Authorities must now take some additional classes prior to receiving the call.  While we are a lay ministry, it is important that those …
Post a Comment
Read more 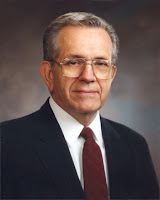 In one of our ward leadership meetings yesterday, I was asked to share the spiritual thought.  I thought about several things that I have pondered and written about lately and asked in prayer what would be best for that occasion.  D&C 100:5-8 came to mind.  I would like to elaborate on that here with the hope that it might be helpful for someone else who happens upon this essay.

I was first introduced to this scripture in seminary as we studied church history.  I was impressed with the basic promise of the Lord to Joseph and Sidney that he would inspire them and back up what they said when they spoke.  “That’s wonderful for them,” I thought at the time.  I’m glad the Lord gave them this promise because it must be hard to always know the right thing to say.

One of the joys of my mission was being taught by a man whom I already greatly admired for his devotion to religious education.  I had attended several Know Your Religion lectures presented by Joseph…
Post a Comment
Read more
More posts